By Christine Rendon for Dailymail.com

Amal Clooney looked breathtaking as she stepped out in New York City on Thursday.

The lawyer, married to actor George Clooney, was effortlessly chic as she strolled in the sun in a bright red ruffled blazer and matching mini skirt.

She rocked a classic pair of black heels and carried a smart leather purse. 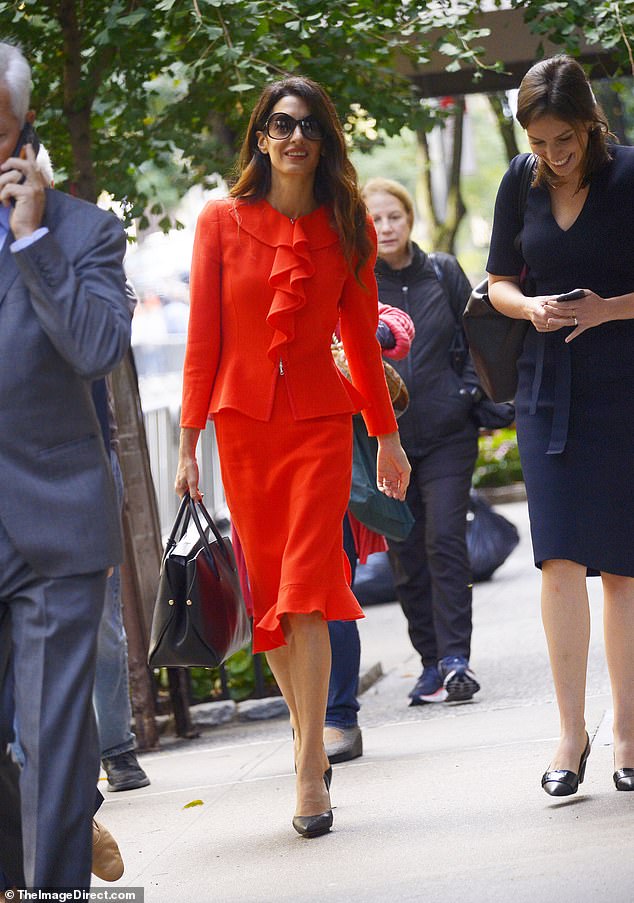 Effortlessly chic! Amal Clooney looked breathtaking as she stepped out in New York City on Thursday

Amal appeared to be joined by her co-workers, who were also cleverly dressed as they strolled on the sidewalk together.

The beauty looked stunning with her brunette hair in beautiful waves and a great pair of shades that shielded her eyes.

At one point, it started to rain a bit, forcing Amal to pull out his umbrella.

The always ready lawyer despite the change in weather looked in good spirits as she protected herself from the drizzling rain with her stylish umbrella. 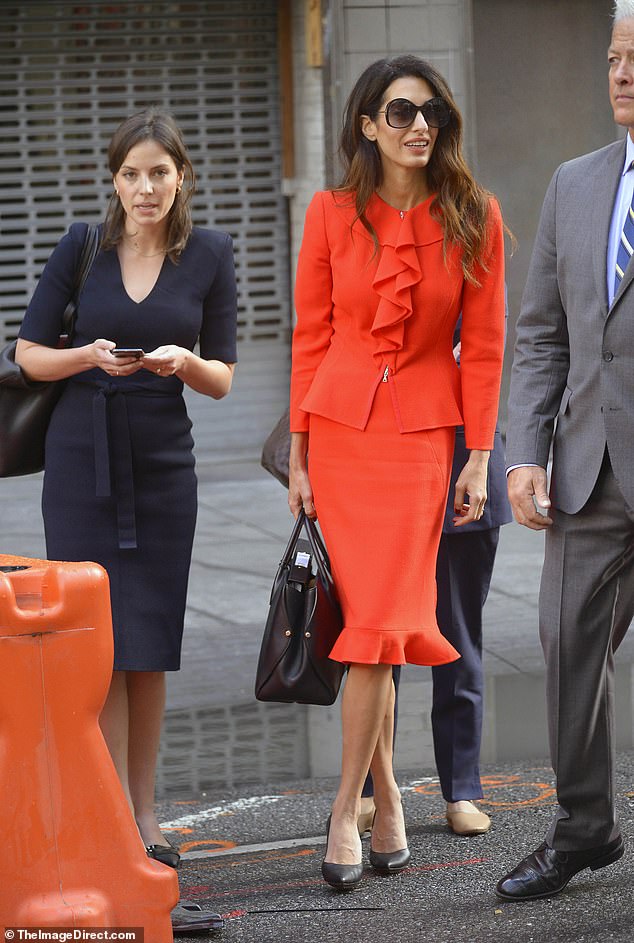 9-5 work! Amal seems to have been joined by her co-workers, who were cleverly dressed as they strolled the sidewalk together. 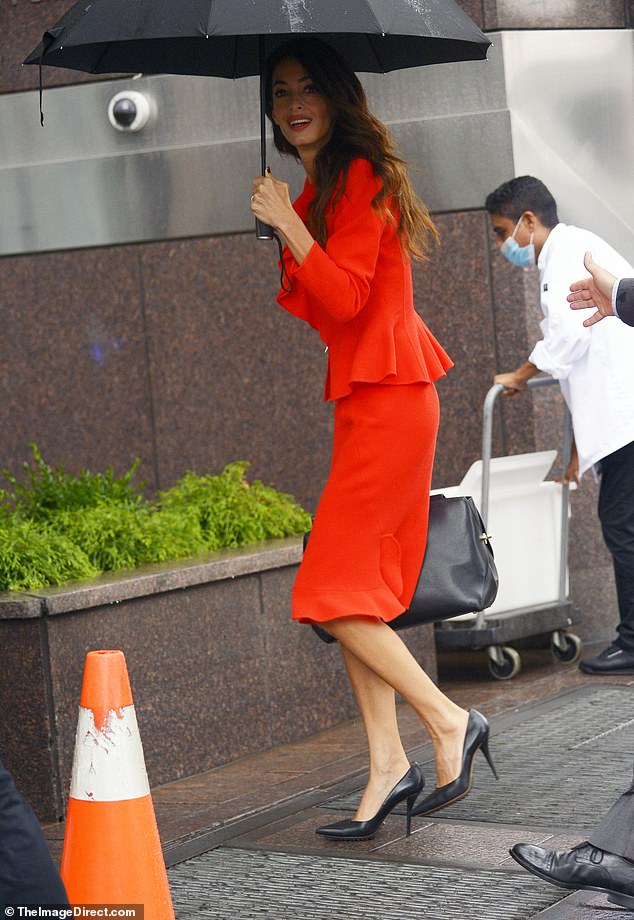 It can’t rain on his parade! At one point, a little rain began to fall, forcing Amal to take off his umbrella.

George and Amal met through a mutual friend in 2013, becoming engaged a year later.

They received a marriage license in London on 7 August 2014 and a wedding ceremony took place in Venice, Italy on 27 September 2014.

The couple tied the knot in the fall of 2014 and welcomed their twins, Ella and Alexander, in June 2017.

Actor earlier this month shared with Entertainment Tonight that Alexander and Ella, at the age of five, already speak three languages ​​and are far more intelligent than she is.

Asked if he would mind if he took up the art, the star said: ‘They can do whatever they want. I’m guessing they’re a little smarter than me, so, they’ll probably do something – they already speak three languages, so, I’m still working on English.’ 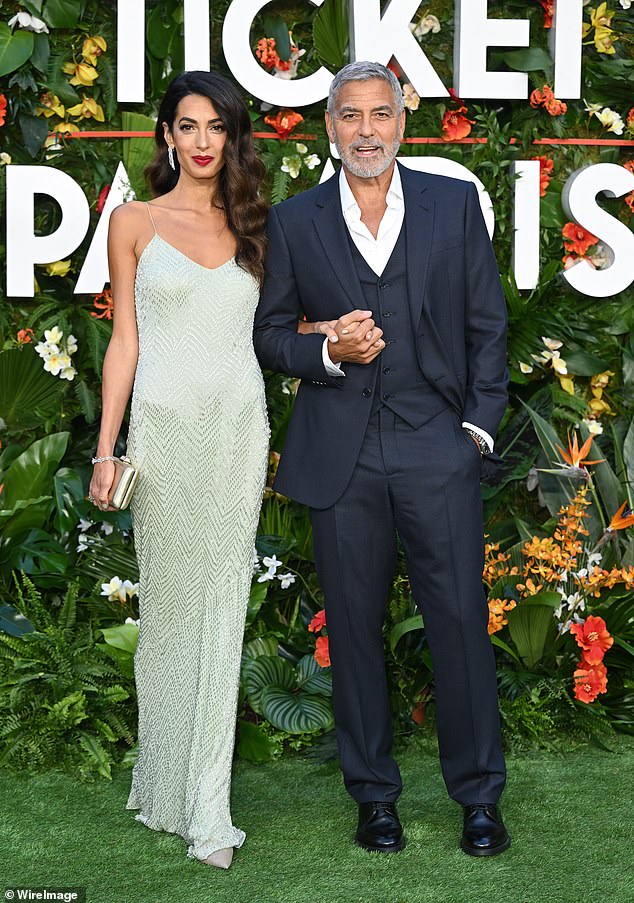 His and hers! George and Amal met through a mutual friend in 2013, becoming engaged a year later; Pictured at the Ticket to Paradise world premiere in London earlier this month 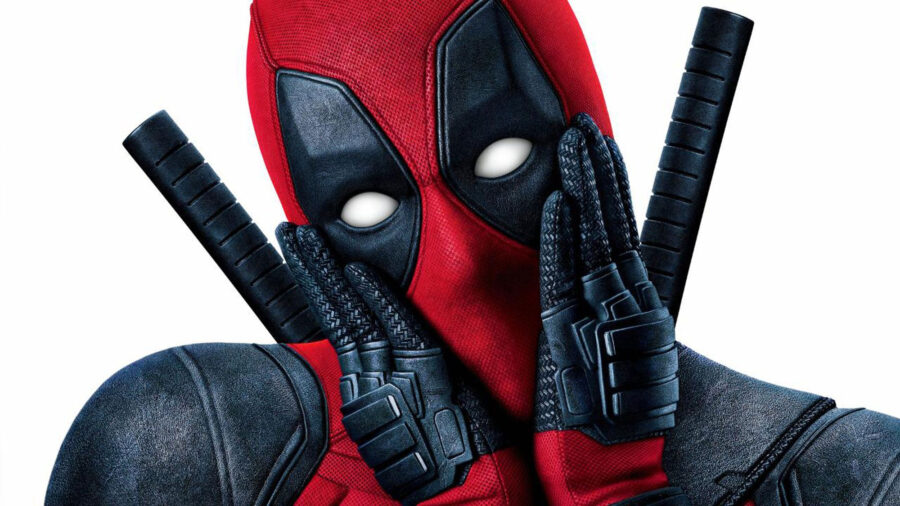