Howard Stern has had enough of Queen Elizabeth II.

The outspoken radio personality drew wall-to-wall US media coverage of Monarch’s death during Monday’s segment of The Howard Stern Show.

“It’s weird traditions and all and I’m like, ‘Enough with Jesus, Queen! He told co-host Robin Quivers when he died. “I mean, this is America, we don’t have a queen.”

“I mean, I get it,” he continued. “The Queen was a good woman, I guess. My whole life the Queen has been the same Queen and there’s a tradition and she did her duty to her country, I got it, I got it, I got it. But we got it.” Gotta go back to the pass, where are the papers they found at Mar-a-Lago.”

When Quivers intervened and asked if he “didn’t like the Queen’s distraction,” he shot back, “No, that’s annoying!”

The shock jock was referring to a collection of classified documents found at Mar-a-Lago, the Florida resort home of former President Donald Trump, that was uncovered during an August search.

Stern will no doubt be angered by the media coverage that has continued unabated since the Queen’s death on Thursday at the age of 96.

“The Queen passed away peacefully this afternoon at Balmoral,” the royal family tweeted after being placed under medical supervision. “The King and the Queen Consort will be at Balmoral this evening and return to London tomorrow.”

King Charles III – formerly known as Prince Charles – said in a statement that his mother’s passing was “a moment of great sadness”.

Following his death, Prince Harry and Meghan Markle stood with Prince William and Kate Middleton, who were given the titles of Prince and Princess of Wales, as they greeted mourners.

A royal source told Page Six exclusively: “We are all very grateful – both sides put everything aside for the Queen.” 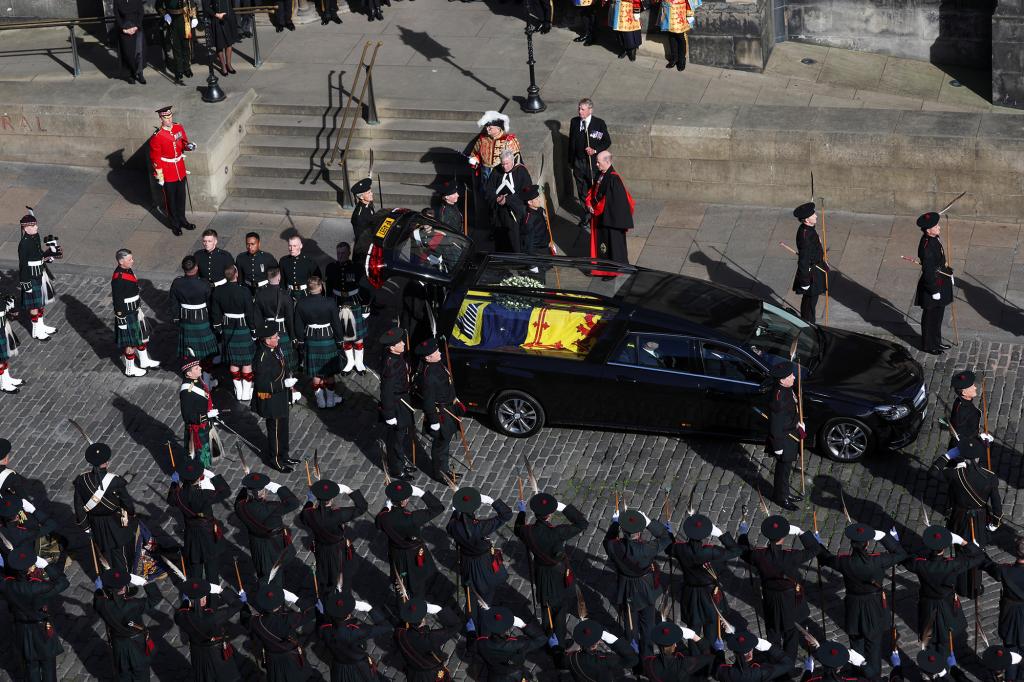 Her health declined rapidly after doctors placed her under “medical supervision”. 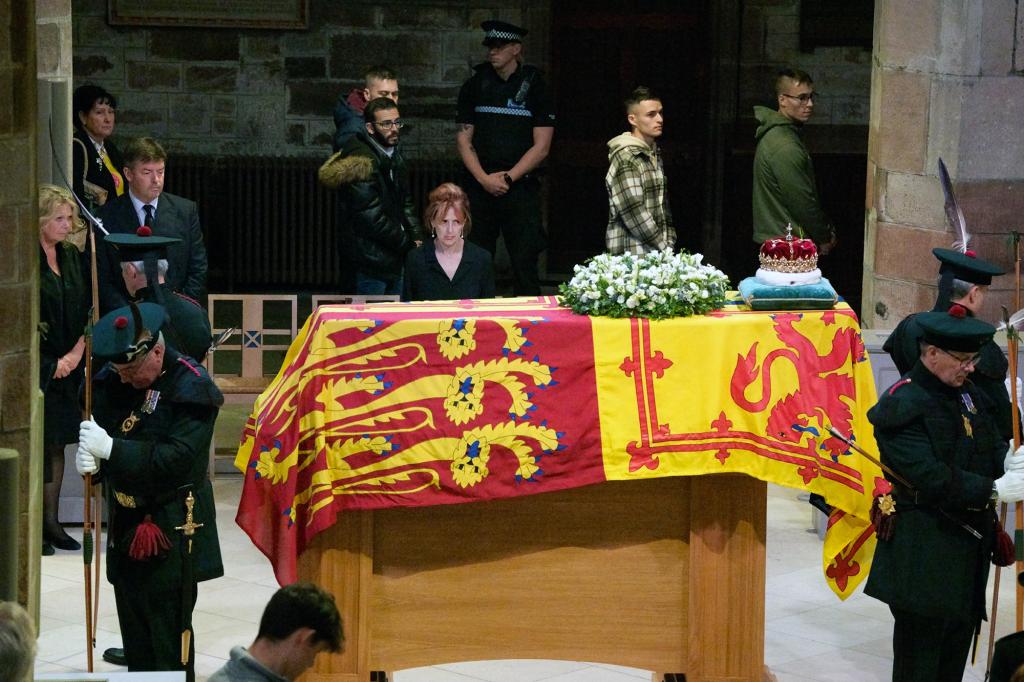 Her health declined rapidly after doctors placed her under “medical supervision”.

The “Euphoria” superstar stunned in a custom Oscar de la…

As previously reported by Page Six, the Duchess of Sussex did not join her husband as he arrived in Scotland on Thursday in an attempt to see his grandmother before she died.

Unfortunately, he arrived a few hours after His Majesty’s death.

Middleton, likewise, stayed behind in England to be with her children – Prince George, 9, Princess Charlotte, 7 and Prince Louis, 4 – on their first day of school.