‘Where shall we keep them?’ The eight-year-old is overwhelmed and ‘cries with joy’ as Kate pulls her out of the Sandringham crowd to pay her Corgi toy tribute to the Queen amid a carpet of flowers.

It’s the sweet moment the eight-year-old was left ‘crying with joy’ as Princess Kate chose her from the Sandringham crowd to pay her corgi toy tribute to the Queen amidst a carpet of flowers.

The new Princess of Wales, 40, looked at the sea of ​​tributes to the Queen at the late monarch’s Norfolk residence yesterday and spoke to the crowd with husband William.

He looked up and talked to Elizabeth Sulkowska, an eight-year-old schoolgirl, carrying a bouquet of flowers and a corgi teddy.

The footage shows an eight-year-old, who was crowded with school friends, talking to Kate.

A happy Elizabeth was then chosen to accompany Kate to a sea of ​​tributes and to have a corgi among them.

The joyful young man later recalled: ‘I went with him to put down the flower and the corgi. She said, “Where do you think we should put the flowers?” And I said, “We should put them there”.

Gregory Hill, Elizabeth’s headmaster, from Howard Junior School in Kings Lynn, said: ‘Elizabeth was overwhelmed, she cried with joy at being selected.

Mr Hill said the Queen’s death had “touched the younger generation as well.”

He said: ‘The older generation clearly knew the Queen for a long time, but younger children who have not experienced the Queen on the throne for a long time are still deeply affected by her passing, and indeed her life and legacy. Would like to do our best to celebrate. Never forget him.’

Both Princess Kate and William were seen by students at Howard Hill Junior School paying tribute to Paddington Bears, saying the logo on the badge resembled their school uniform. 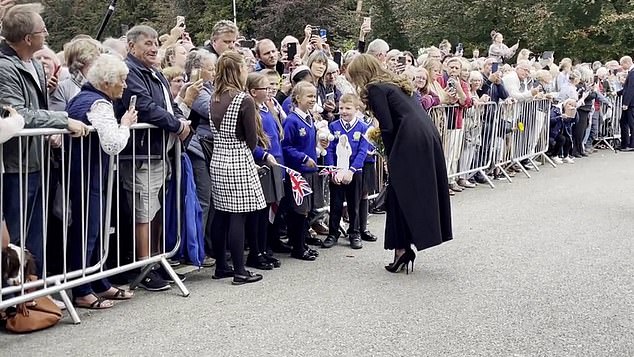 The new Princess of Wales, 40, with husband William at the Norfolk residence of the late monarch, looks out at the sea of ​​tributes to the Queen. She also spoke to the crowd and saw eight-year-old schoolgirl Elizabeth Sulkowska holding a bouquet of flowers and a corgi teddy 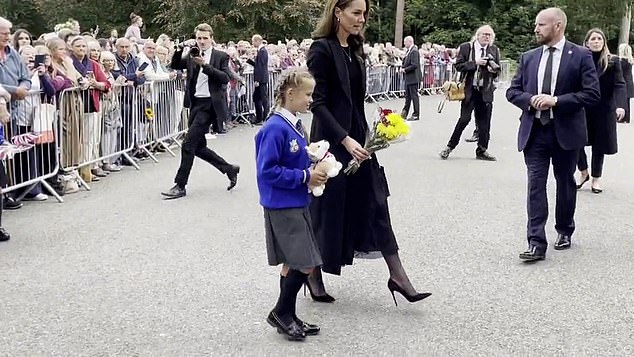 The eight-year-old, who was crowded with friends, was chosen by Kate to walk up to the sea of ​​tributes and place herself among them. 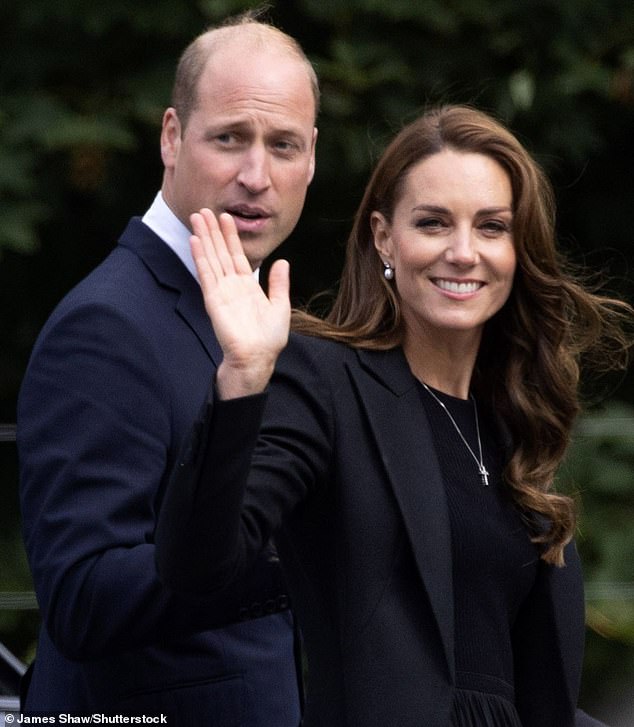 During a visit to Sandringham with her husband William, Kate is asked by Joe from Norfolk how their children Louis, Charlotte and George were coping after losing their great-grandmother

During a visit to Sandringham with her husband William, Kate is asked by Joe from Norfolk how their children Louis, Charlotte and George were coping after losing their great-grandmother.

Speaking to the BBC, Joe’s mother Lynn said: ‘Kate thanked him and said he was doing well and was looked after at school.’

It was reported that Kate told another mourner in the large crowd at Sandringham that George understood the Queen had died.

However, he said that his younger siblings understood ‘so little’. 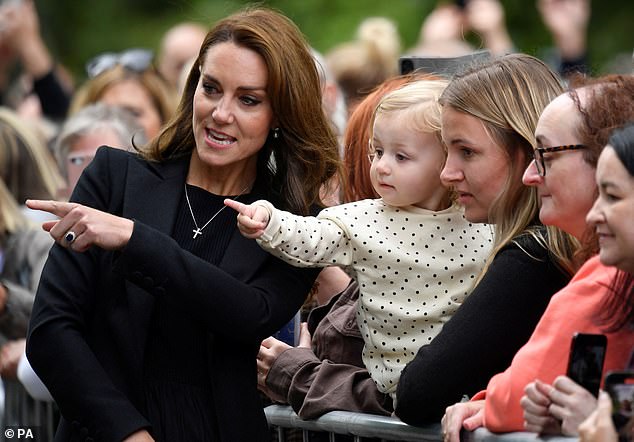 William also spoke to members of the crowd, telling them it was a difficult time for the family and reminding them of his mother’s 1997 death.

When the mourner told her that she was getting emotional and feeling in tears, she said: ‘Don’t cry now—you’ll start me.’

She also told another person: ‘I’m learning she was everyone’s grandmother – the way people have reacted.’ 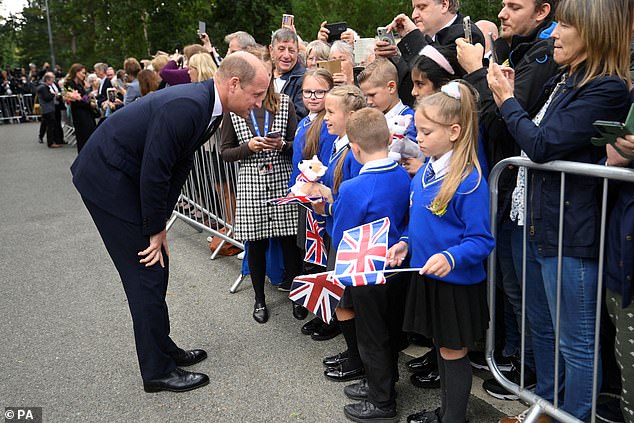 William also spoke to members of the crowd, telling them it was a difficult time for the family and reminding them of his mother’s 1997 death. Pictured: William talks to school children Kate also met

Her visit to Sandringham came as Sophie Wessex and her husband Prince Edward spoke to the crowd in Manchester as they lit candles and paid tribute in memory of the Queen.

The royal family is preparing to rest their beloved mother and grandmother at a state funeral on Monday.

King Charles will escort Princess Anne, Prince Andrew and Prince Edward from Westminster Abbey to Wellington Arch, with Prince William and Harry behind.

The other royals would follow by car to a funeral hosted by the Dean of Westminster.