This September seems like a new school year for Shannon Bream.

After hosting “Fox News @ Night” for three years, the 51-year-old broadcast journalist said she felt “a mix of nerves and excitement” while looking forward to the first day of her new job as a “Fox News Sunday” anchor. does.

The transition from an evening show to a morning show is still sinking for Bream, which makes its debut on Fox stations on Sunday (see local listings).

“It was funny, as her English Cream Labrador Biscuit waited quietly by the door,” Bream said on Zoom from her home office on Wednesday. “I felt like going to work today. I’m packing up and leaving, and my hours are totally different! My husband’s like, ‘Looks like you’re leaving for your first day of school.’ That’s what it feels like. A new team, a new teacher.”

Bream, the third anchor and the first woman to lead “Sundays” in its 26-year history, knows she has big shoes to fill. Tony Snow, who hosted the show from 1996-2003, served as President George W. Bush’s press secretary, and Chris Wallace left the network last year for a show on the short-lived CNN+ streaming service that moved to HBO Max. Will go and CNN later this month.

“One of the first people to congratulate me was a really nice email I got from Chris (Wallace),” Bream says. “He talked about the standard set by the show, and he was really happy that I was going to step into those shoes and give me a huge vote of confidence, which was very kind to him.”

Bream plans to build on Wallace and Snow’s legacy by carving himself. Here’s how she’s going to do it. (Edited for length and clarity.)

Shannon Bream: Much of this will go ahead, which is hard news, pressuring people for answers. MLAs who know us know they will get a fair shot when they come. We spend a lot of time doing this on ‘Fox News @ Night’ and Democrats and Republicans alike come back because they say, ‘We were treated fairly. We got a chance to vent our protest and our views. I want to make sure this is a place where people feel they can come for meaningful, in-depth conversations. Sometimes the loudest sound, the most extreme at either end, attracts a lot of attention. Rather than just focusing on divisions, it’s hard to find places where some of these guys might have common ground and be able to actually move the ball a little bit in a way that benefits all Americans .

What is it like to do this work in our current political climate?

The moment I’m out (Washington, DC), and I talk to people like my family, people I meet at the airport all say the same thing: Yes, we’re divided, but Americans really I care about each other, and we care about our communities. Some of them feel underrepresented. Why is there always fighting and division? It should be part of the conversation, but you can take it to the next step and say, ‘Let’s not show people we disagree with you. Where is that common ground? Can we make some progress?’

How are you preparing for your first day?

I found a picture the other day that really tells me. My mom took a picture of me – I was always a bookworm as a kid, I still am – but I had big glasses, and I’m walking out the door, and I’m juggling books, And as I read this book, my mom is yelling at me, ‘Let’s go! it’s time for school! Get in the car!’ He took a picture of me, and I thought, ‘That’s me.’ I love digging and researching and putting my nose in a book. In many of these policy discussions, you have to really understand what’s going on. There’s a lot of research, and I love that part of the job.

I see women in business like Diane Sawyer and Barbara Walters and Leslie Stahl, and they really paved the way. There is no dispute in saying that ‘Fox News Sunday’ will have a female host. There’s no slowdown in that, because they laid the foundation and really paved a way for me. I feel so grateful, and it really makes me reflect on the women who had to fight for those positions and get scrapped. Hopefully any little girl who follows me will say, ‘There’s no limit to what I can do in this business.’

How do you plan to differentiate yourself from Chris Wallace as “Sunday” host?

We’ll be basically the same. We are going to have deep policy talks and seek answers from people and involve all parties in the dialogue. But I want to expand beyond the Beltway on a regular basis. There are bigger cultural issues. Entertainment, sports, issues of faith are what attract people in a different way. We want to spotlight them too, and have different conversations with people who can see things from a different angle.

How do you counter the hostility against the press?

Sometimes I take a break from social media. Social media is funny, because I can do a broadcast, and at the end of that show, some people on Twitter are saying, ‘Why are you in Trump’s tank? You are such a MAGA.’ And then, that same broadcast, I have people on the other side who say, ‘You have no respect for President Trump. How can you be so wrong about that? How can you be so hard on him?’ If you’re going straight in the middle to report the facts, people’s own frustrations come to the fore. People are very emotional about this news, so if you’re setting fire to both sides, you’re probably in the middle.

You recently shared that you were fired from your first on-air journalism job at a Tampa, Florida TV station, If you could talk to the person who fired you today, what would you say?

I’ll start by saying a sincere thank you, because he just gave me a huge wake-up call. I was transitioning from a lawyer to a reporter. I didn’t have a communication or journalism background. It was actually one of those things where he said, ‘You’re terrible.’ And I probably was! I was so new with the business, learning by the seat of my pants, and it was very humbling, which is a great thing to learn in this business. It forced me to say, ‘Well, if that’s really what I’m going to do, it’s time to watch your tapes. is your voice weird? Is your delivery weird? How is your research? How is the way of telling a story?’ There is always room for improvement, no matter what level you reach, and I have a long way to go. It was very painful at the time, but I learned a lot from it. I’m really grateful to him, because he really forced me to be real with myself and deal with the things I needed to improve. 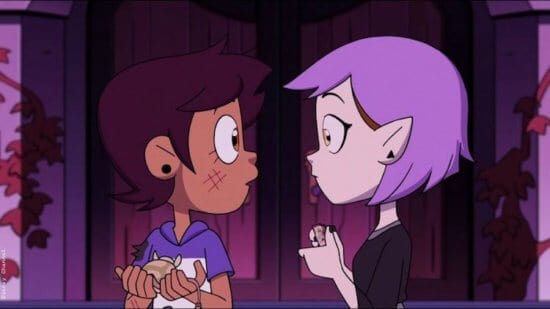