Four episodes into “House of the Dragon” are giving “Game of Thrones” a run for its money.

“House of the Dragon” is a hit, and it’s clearly trying to raise the bar set by “Game of Thrones” in every department—including disgust and shock value. Half a season to shame, the show is well on its way to outdoing its predecessor with violence, body horror, and incest. It can be nauseous at times, but it is effective nonetheless.

To celebrate this distorted achievement, here are the 10 biggest things from ‘House of the Dragon’ Season 1 (so far).

The only verbal and non-visual item on this list still deserves attention. After Queen Amma is killed in childbirth, her baby Belon lives for a few hours before dying. Not one to give up on even a day’s smuggling, Prince Damon gets drunk and parties with his City Watch friends, calling Baby Balor “the heir of a day”. This disgusting comment goes back to King, who honestly isn’t mad about it.

Nothing is all right with King Viserys, and it’s not just the fact that his parents were siblings. In the first episode, he appears to be dealing with some sort of infection, which is causing pus in his stomach (fans of “Thrones” may have reverted to that infamous grayscale infection in Season 7). Although the cause is not certain, Viserys says it is some sort of injury that results from sitting on the Iron Throne all day. In episode 2, the maestro recommends Viserys to literally allow the maggots to feast upon his rotting hand. Why is his hand rotting? Are these problems related? What’s the new hell in King’s health next week? In the books of George R.R. Martin, a ruler wounded on the Iron Throne is rejected by it, but usually takes the form of scratches and cuts, not wounds and necrotizing fasciitis. 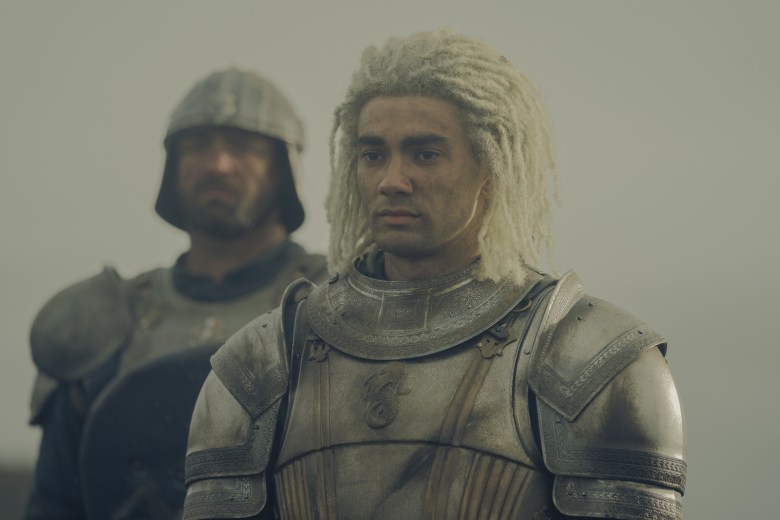 Please someone get Lenore a helmet!

Not a week goes by when Twitter doesn’t spiral into painful wig discourse, because what HBO is doing to its black actors should be prosecuted. Are Corlys’s Fears Fantastic? yes of course. But the other Valerians deserve better. Are Lana’s Curls Killer? Yes, at Red Keep for Halloween! I can’t even talk about that thing on Lenore’s head in Episode 3. Do some respect for your Emmy winning hair and makeup team and the audience who know what hair looks like!! If it’s less distracting, shave some heads, or add a line about how Aegon the Conqueror conquered all the salons and barbershops with his dragons and what remains is a dying industry. society to rebuild. anything but this.

Combat violence is on par for anything in “Game of Thrones,” but “House of the Dragon” throws the audience physically back into Westeros with Episode 1’s evicted tournament. What should have been a few casual fights between the little ones just to entertain the king quickly devolve into targeted brutality. It gets so out of hand that a squirrel vomits out of disgust, which is another disgusting thing! Hopefully Viserys learns something and celebrates the birth of his next child with a feast.

“Game of Thrones” likes a little accidental dismemberment (anyone else fast-forward through all of Theon’s scenes in Season 2?), and “House of the Dragon” Episode 1 recovers those fond memories right off the bat. wants. As the commander of City Watch, Damon delivers justice to criminals of all kinds, primarily by amputating their body parts. It’s a way of teaching a lesson, but we can’t go without seeing wheels full of human limbs and ends and hearing the screams of criminals as they pass by.

5. Everything to Do With Crab Feeders

Episode 2 of “House of the Dragon” opens with crabs feasting on soldiers’ meat that would otherwise be sun-roasted. It’s decidedly un-chill for a show whose audiences are still recovering from last week’s exit tournament laced with a deadly and graphic C-section. Viewers could have taken some comfort that the show wouldn’t immediately portray more blood and visceral childbirth (though more is on the way), but nothing could have prepared them for this choice. During episodes 2 and 3, the show cuts between King’s Landing and the Stepstones, where the crabs continue to munch on Westerosi sailors in broad daylight and high-res closeups. no, thanks!

It would be redundant at this point to recount the events of the “House of the Dragon” premiere, which led to the death of beloved Queen Amma, but it’s a scene that will live on in viewers’ memories for a long time to come. Actor Sean Brooke’s performance single-handedly makes an impression, as she’s stoked and her husband cries next to her. Every shot reminds us that this woman is in pain, that she is bleeding more than she thought possible, that it is all happening because her husband wants a son and wants more than he wants.

3. Corlys and Otto are taking their daughters out 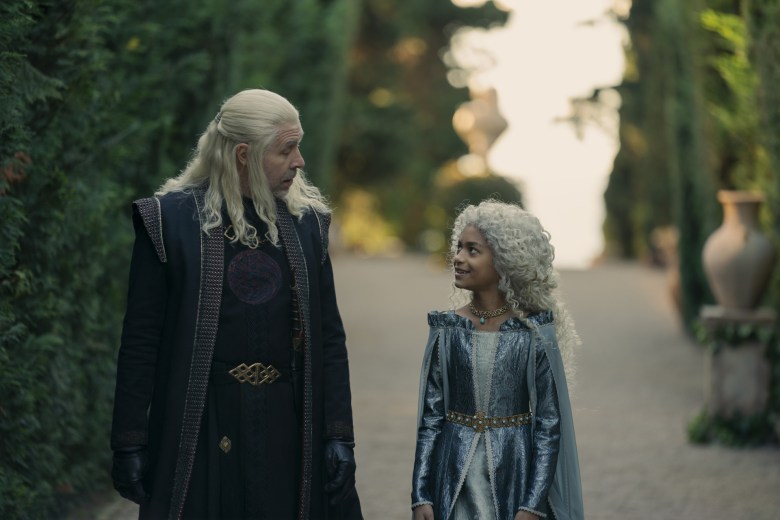 Not too old for this.

In the world of “House of the Dragon”, men want sons so that they can continue to rule their bloodline or kingdom. They don’t want daughters, but when they have, you best believe they’re using those little girls to forge strategic alliances, elevate their social status, and give them hope in the form of a much older man. that he will die and dad can take his money. Otto the Hightower figuratively slides into King Viserys’ DM by ordering his daughter Alicente to slide into the king’s bedroom and comfort her after the death of his wife. This Westerosi equivalent of “You Up” continues for months, until Viserys decides to marry Alicente and almost thinks it was his own idea.

But before he can name Alicent as his fiancé, Viserys receives an offer from House Valerian as the literal child Lana. It’s bad enough that her parents are so ready to present the young girl as the bride, but then they introduce Lena to the king himself… I guess there’s a date?? They walk through the gardens like many potential spouses in search of arranged marriages, but one of them is less than four feet tall and talks of being as few as 14 in their future. It’s not incest, but it’s very gross.

Damon Targaryen doesn’t say a word as he fights to retrieve the Stepstone. He cuts down his opponents on the battlefield, swoops down on dragonbacks as Lenore Valerian (Theo Nate), and then takes down the Crab Feeder himself to take down the rogue (Rogue Prince!). But when Damon exits the cave he’s dragging his opponent’s half—the top half, to be precise, his intestines backwards into the sand. The rest of him probably already has crab food.

The king’s daughter and brother have been keeping all eyes on each other since episode 1, basically begging someone to make good on a family legacy of incest while speaking in High Valyrian like their secret sex language . In Episode 4, they live up to those promises and somehow make it even more grosser; They meet at the end of the night to leave the castle and go straight to a brothel from a Westerosi dating handbook! Surrounded by actual copulation, these blood relatives can’t help but see the nearest Targaryen (each other!) As if that’s not bad enough, Damon starts taking off Rainyra’s clothes, and then straight up leaves. Is. The princess returns to the Red Keep and vents her sexual frustration with Ser Kristen Cole, which is a real relief.