As theaters face rock bottom attendances, recent releases are thriving with home audiences. And they weren’t all huge hits.

So much for the anticipated long #1 run for “Top Gun: Maverick” (Paramount/$19.99). In its fourth week of VOD availability, the film is moving on only one of the three charts (Google Play) we follow weekly. Surprising interest for “Beast” (Universal/$19.99) saw a modest ($31 million) increase in Vudu’s revenue-based charts, while “Where the Crowds Sing” (Sony/$5.99) was boosted by one. Initial price reduction, including a pioneer in iTunes.

But “Maverick” is hardly leading the way with #2 positions in Vudu and iTunes. Still, neither of the two titles that replaced it could seem to dethrone potential contenders.

This week saw notable performances for the three major studios, each of which suggested how the theatrical release and home play of Window is still evolving. This includes the current Netflix Top Ten, which shows how two of them – Sony and Universal – bolster the major streaming site.

Sony is leading this week in three different ways, all of which matter. Although it has been the most conservative studio with windows over the past two years, it released “The Invitation” ($19.99) in an unrated version after the horror film’s third weekend, as does Universal. The film had only a top ten (iTunes, #10) showing, though only missing in #15 on Vudu and Google Play.

The “Crawdads” upgrade comes after an unexpected price reduction after only a week on PVOD. The initial $19.99 week saw good business at #3 highs, despite competition from “Maverick” and the recently released “Thor: Love and Thunder” (Disney/$19.99). It was an unusual move, and without access to revenue totals, its true impact is uncertain, but the figure will help sustain interest in the long run. 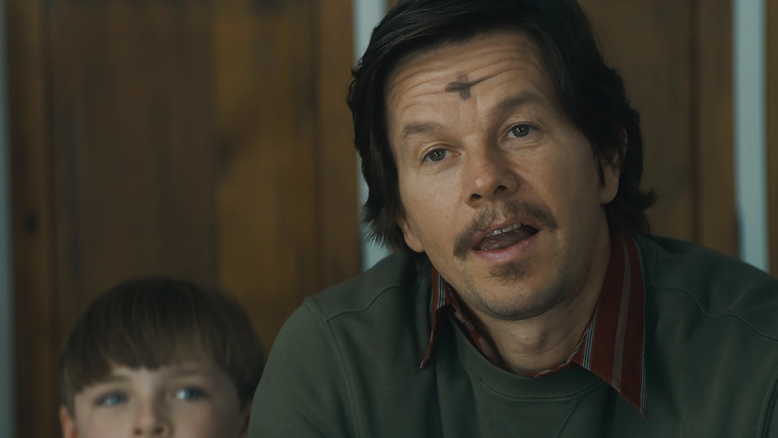 The early appearance of “Father Stu” on Netflix has also been of interest. Sony, which has no in-house streamers, has tied up with the platform for its first-run movies. Yet most recently they have appeared only six months after release (though it’s included in the obscure “Spider-Man” deal). The boxer-turned-priest biopic of Mark Wahlberg was released in April. It’s #1 at the moment even a dim theatrical play ($20 million gross) can boost a movie. (It’s the second Wahlberg title on his list, with the original comedy “Me Time” with Kevin Hart also most recently #1.)

Paramount has been another long window supporter, even with a streamer of its own. This week with “Confess, Fletch” ($19.99) he appeared theater-exclusive and a preference for PVOD on Paramount+. The reboot of the Comedy Detective series with Jon Hamm is #4 on iTunes, just below the top ten in Vudu (perhaps partly because they rank by week starting Monday; it debuted on Friday). It was a modest and low-grossing theater play, with no certainty that it received a moderately wide release (no problem finding dates in this market) that it would have reasonable marketing costs.

In “Beast” with Universal is the third. They again dominate the charts, with 14 slots out of 30, none with more than four. Studios also, despite Sony’s presence, lead among studios at Netflix, with three titles, all from Illumination Entertainment as part of that long-term arrangement. “Sing 2” notably charted its twelfth week on the chart, possibly a record. It has been VOD and a streaming presence since early January.

The second new release to make any list was George Miller’s “Three Thousand Years of Longing” (United Artists/$19.99), #10 in Vudu. It came out after three weekends and grossed less than $8 million.

Netflix is ​​studio-heavy this week, with only three of their original films currently in the top ten. “Do Revenge,” this weekend, was at #1 the day before “Father Stu” was displaced. Camila Mendes (“Riverdale”) and Maya Hawke (“Stranger Things”) go after each other’s suffering in a comedy about two bully girls. Its director/coward writer Jennifer Kaytin Robinson co-wrote Thor: Love and Thunder with Taika Waititi and has been suggested as a future Marvel director.

iTunes and Google Play rank movies daily based on the number of transactions. These are the listings as of September 19. The listed distributors are the current rights owners. Prices for all titles are for rental.

Vudu ranks by revenue, not by transactions, which drive premium VOD titles. This list covers 12-18 September

The most-watched on Netflix’s daily charts as of Monday, September 19, current rankings. The originals include titles both produced and -acquired by Netflix, which initially publishes its weekly top 10 on Tuesdays based on the times they were presented in US Netflix.